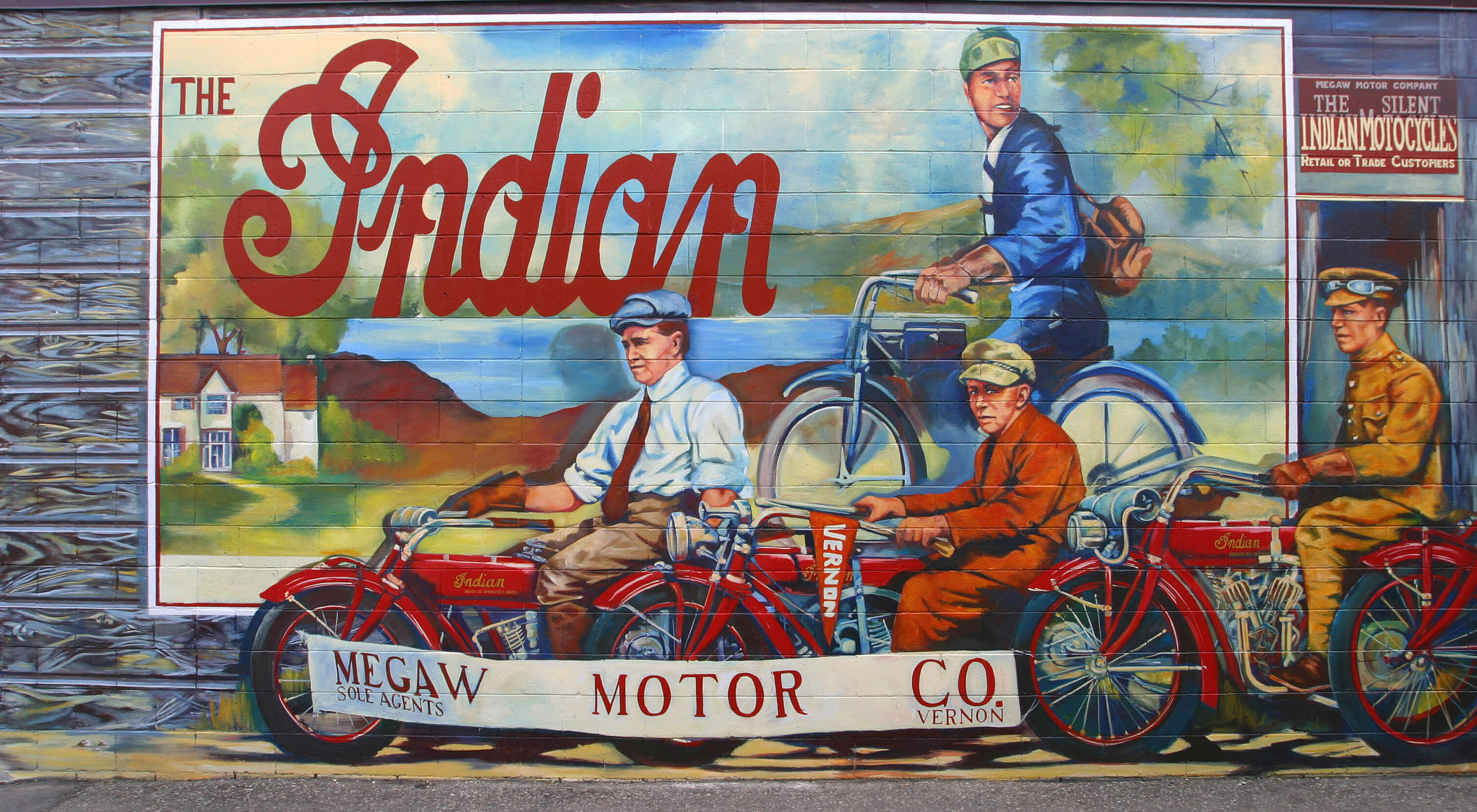 Born in Goderich Ontario, W.R. Megaw came to BC in 1878. He established a trading business in the Nicola Valley and opened up branches as the CPR extended its line towards Sicamous. Foreseeing that Vernon would become a distribution center, in 1885 he opened a general store which made little progress until the railway lines reached Okanagan Landing. The Megaw family became very prominent and Mr. Megaw became Vernon’s 3rd mayor. This mural is dedicated to the Megaw’s family’s impact on the community. For more than 40 yrs the Megaw family ran the largest mercantile operation in the region. Their motto was “we sell everything from threshing machines to needles.” The family owned the 1st McLaughlin-Buick Dealership in the area making them the first to serve the growing automobile needs of the region. This mural features the Indian Motorcycle which had an all chain drive, making it superior to any other models in its day. This mural is an ad for the Megaw dealership and the motorcycles they sold. Unfortunately, his business went under due to external pressure in the mid 1900’s.