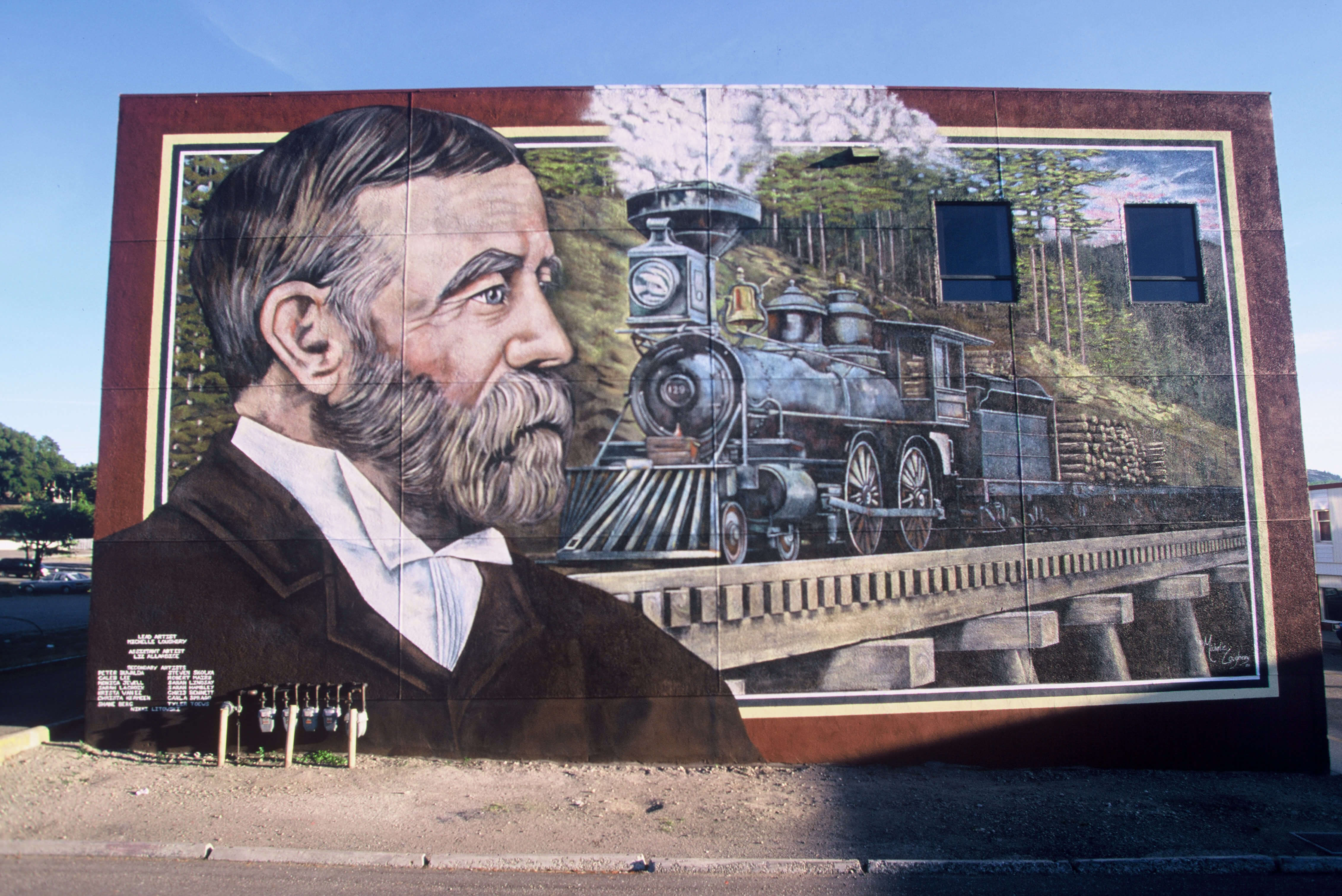 The railway built the west—it was a forced to be reckoned with— and the Shuswap and Okanagan railway, also known as the “S & O”, is no exception. This mural recognizes the railway that brought so much life to the city of Vernon. The Shuswap and Okanagan railway is a spur line off of the Canadian Pacific Railway, which makes it way down through the Valley. The importance of the railway is exemplified by the fact the neighboring city of Armstrong moved its town site just to be closer to the route.

It’s hard to imagine the back breaking work of building a railway without heavy equipment, and the long journeys that followed the ribbons of steel through the Okanagan. The entire railway’s grading was done by pick and shovel, wheel barrow, and horse scrapers – making the work very long and difficult. It was subsidized by the Provincial Government at $4000/mile and by the federal at $3200/mile.

During the construction of the Shuswap and Okanagan Railway in the 1880’s, about 7000 male Chinese laborers immigrated to the Okanagan. Many thought they would only be here for a short while, planning to bring lots of money home to china. However, with their wage at $1/day, and having to pay for their own food and repay the CPR the $40 transport costs to Canada, most stayed after the railroad was complete. Many moved to the built of areas of Victoria and Vancouver, yet approximately 1000 men remained in Vernon, adding to the diverse culture we now enjoy today.

The railway began operating in June of 1892. Leaving Sicamous, the train traveled the 54 miles to the Okanagan landing area in Vernon. The engine was followed by one antiquated passenger car, a mail and express car, and a caboose. Once a week there was a flatbed freight car for a leisurely ride through the valley. The train was nicknamed Molasses Limited because some people thought they could walk faster than the train traveled.

The gentleman featured on the left hand side of this mural is C.E. Perry, the construction engineer for the Shuswap and Okanagan Railway.

With the railway, Vernon became a primary site for the Okanagan and Land Development Company Ltd. As well the Okanagan and Kootenay Railway Co. were granted land grants of 20,000 acres per mile of railroad they developed. Land developers were eager to sell the land for $10-$20/acre, or give free sites to those parties who planned to establish industry in the region.