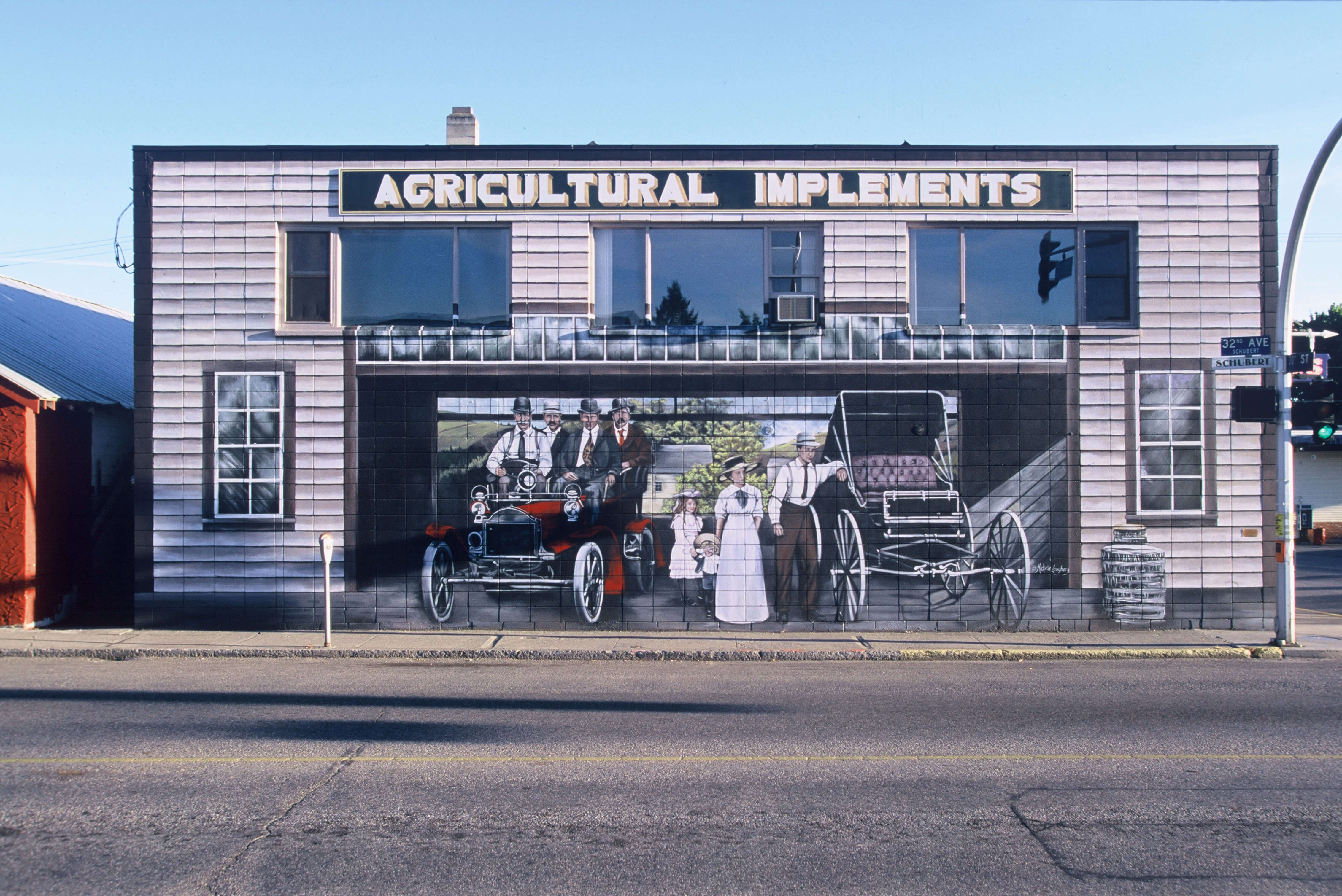 This warehouse was a part of a carriage and farm equipment outlet on the main street of Vernon from 1905 until 1912. The business was operated by Frank S Reynolds- Vernon’s original “Man of Machines.” When Reynolds moved his business across the street, this building became the dreamland theater (today it is the Towne Theater). At the time the picture was taken, staff and an automobile from the Vernon Auto Company were included. The 1st car arrived in Vernon from San Francisco where Judge Spinks purchased it and had it shipped to Vernon. At the time of this photo, automobiles weren’t very popular because they scared the horses and were viewed as a nuisance. But – by 1919 there were several hundred cars on the streets of Vernon. More than half of the cars sold in North America from 1908-1927 were Ford Model-T’s. This simply constructed car was only $600, making it affordable for many families. To get even more value out of their cars, people would use the engine’s power for more than just driving around at the top speed of 64-72 km/h. They would use the motor’s power for various jobs such as hitching up a wheel and attaching it to a belt driven machine, for example to haul hay into a loft.

Another interesting detail about the model T was that it relied on Gravity to get its fuel instead of the fuel injection we have today. This meant that if the car was low on gas it couldn’t make it up hills like the steep suicide hill at the top of Main Street (Barnard Avenue). The immediate solution adopted by many was to simply go up hills in reverse until they could get more gas. In Vernon, everybody drove on the left hand side of the road. All motorists in BC drove on the left hand side until 1922. Over time, the automobile grew in popularity, so saddle, carriage and blacksmith businesses, like Reynolds’, closed down. Instead, garages and car dealerships took their place.

The photo on the right of the mural is Reynolds’ family. The original building for the Land and Agricultural Company is where the Bean Scene is today.