Office of the Vernon News

Office of the Vernon News (completed in 2000) 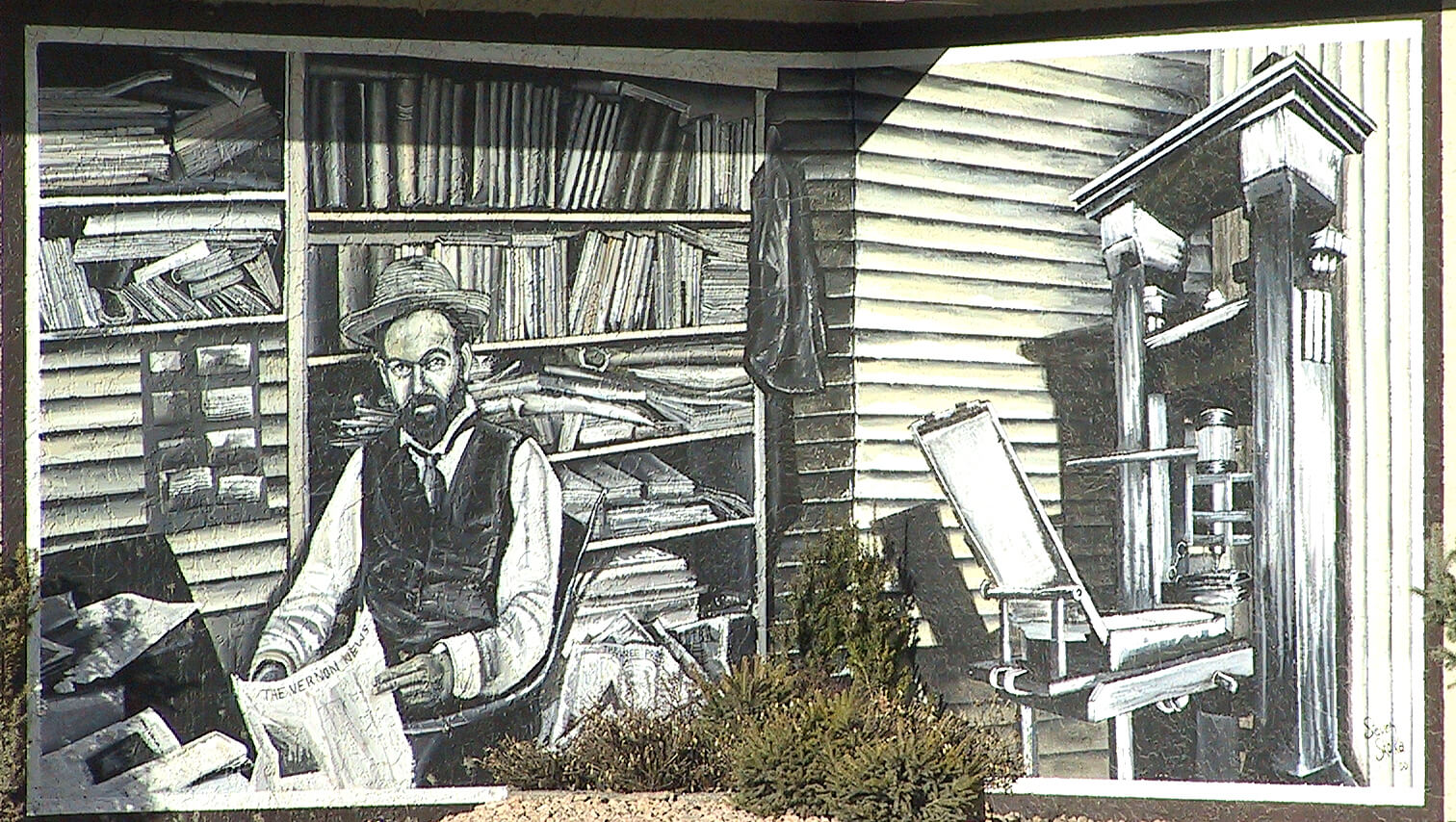 Even to this day there aren’t many better ways to keep your finger on the pulse of a city then by reading the local newspaper. The Vernon News was the first newspaper established in the Okanagan and the second in the interior in 1891. This man, who is hard at work, is Mr. J.A. McKelvie, the paper’s 3rd editor. He came to be known as one of the best editorial writers in BC. Mr. McKelvie also acted as a federal M.P and jail warden, which sometimes pulled him away from his editor’s chair. He remained as editor of the Vernon news until his death in 1924. The Vernon News was the first newspaper in the Okanagan and featured local and world news. It also had a popular column called “Town and Country” which detailed community life on a weekly basis. With the population as widely spread out and spaced as it was, news could be hard to come by so “filler” paragraphs could be found in articles such as “Gossips are predicting another love match to take place in town before many weeks pass by.” The paper ran for 105 years when it shut down in 1996. Its articles can still be read along Main Street where excerpts have been posted alongside the heritage buildings in the plaques.