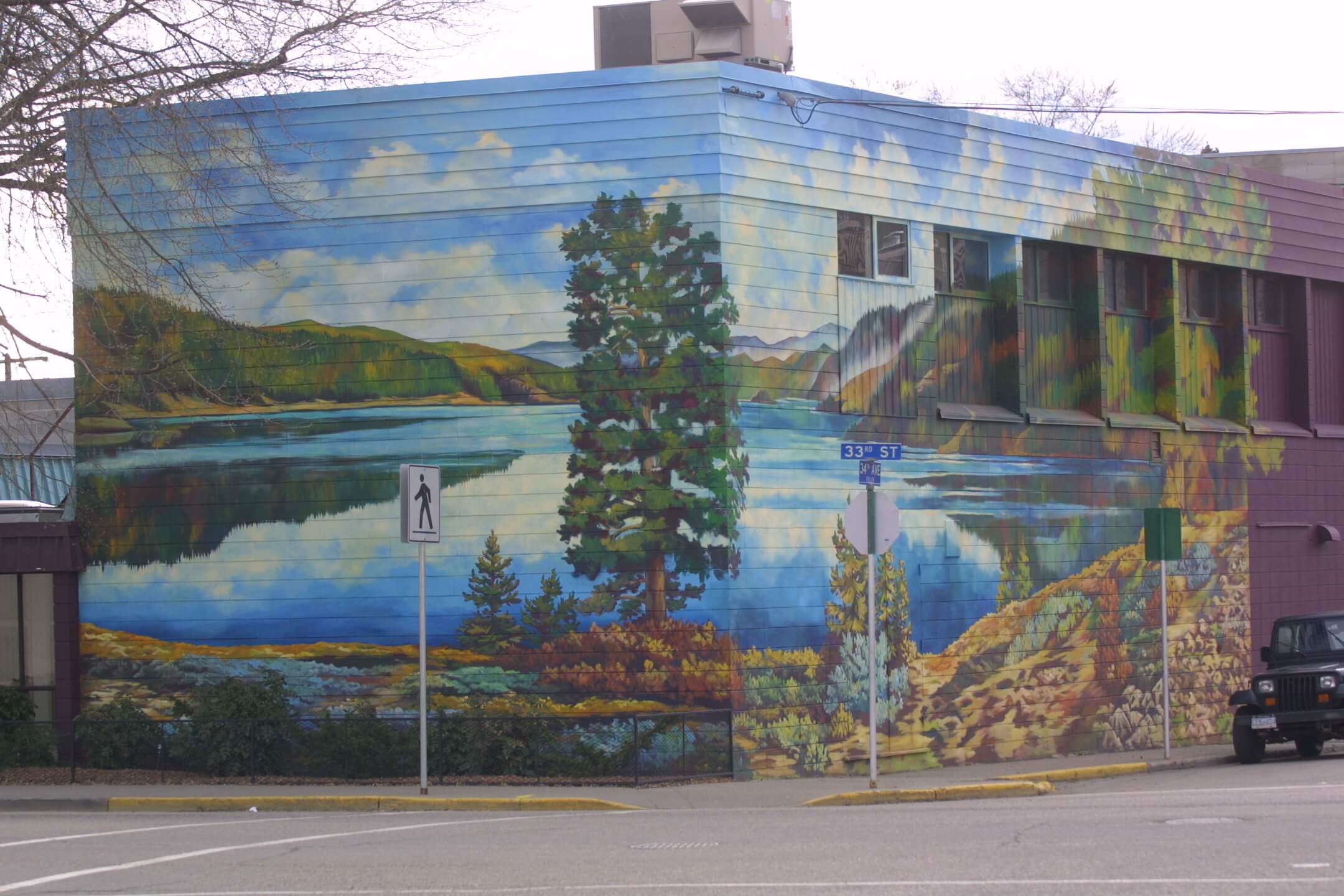 This mural was based on a photo taken by George Meers. It depicts the blue and green hues of Kalamalka Lake. Meers moved to Vernon in 1940 where he opened George Meeres Photographic and Art Studio on Main Street. The First Nations’ name for Kalamalka Lake is Chelootsoos which means “long lake in the middle.” White settlers just called it “long lake,” however, this was deemed ‘too common’ in the 1920’s and the name Kalamalka Lake was adopted.  Some believe this name is possibly a corruption of Tanamalka, the name of a well-known native man who lived at the head of the lake