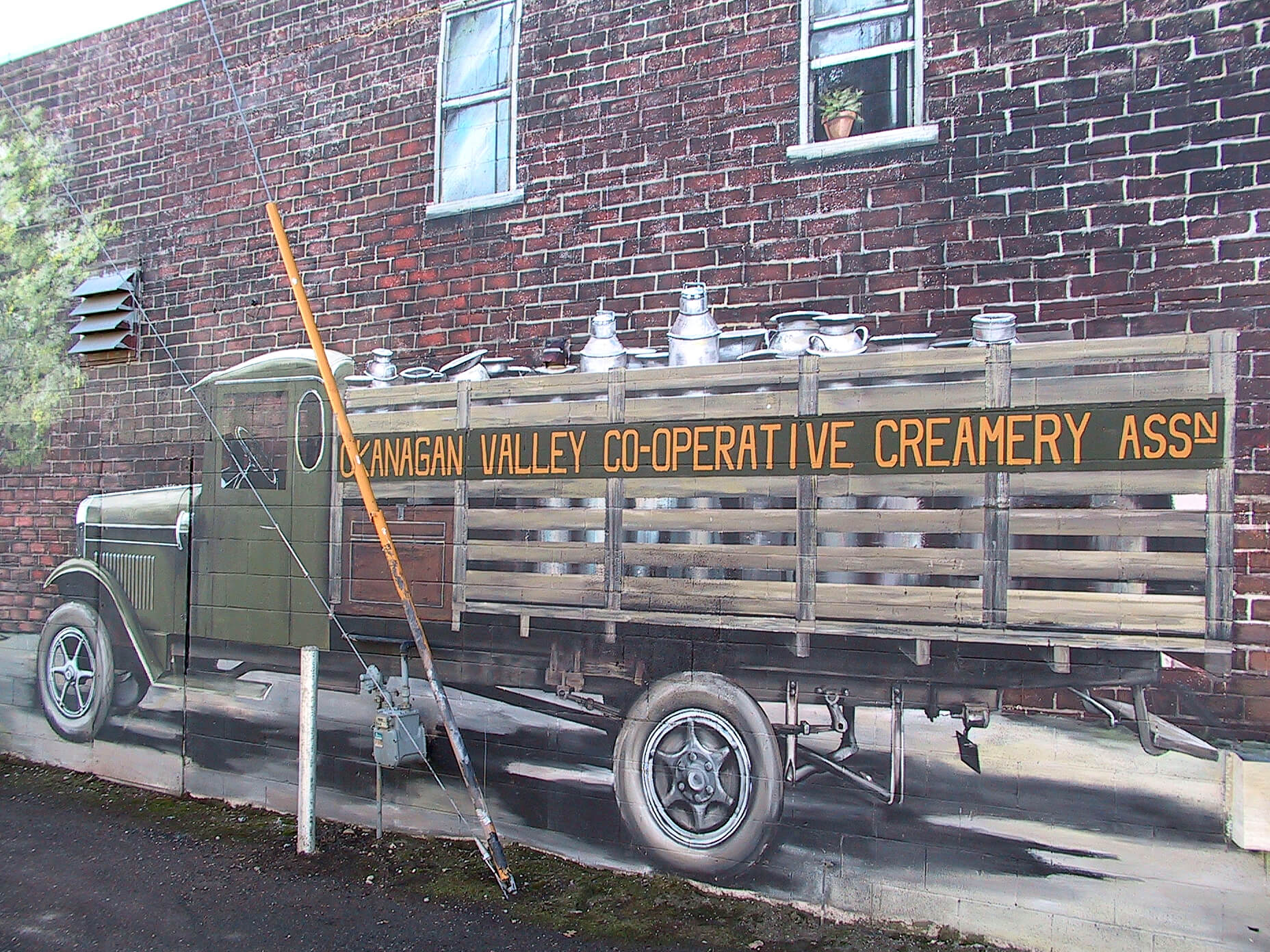 H.W. Knight opened the Vernon Creamery in 1920. He already owned a suitable location and bought the equipment needed to churn butter. It started out small with the first churning producing 37 pounds of butter but eventually grew to produce 150,000 pounds annually. In the early 1900’s the creamery truck was a familiar sight on rural roads in Vernon. Operated by the Okanagan Valley Cooperative Association, the trucks collected cans full of fresh cream from local dairy farms so they could deliver to local creameries, and then to local customers. One of Knight’s main suppliers was a large scale dairy farm in Lumby owned by the very aptly named, Mr. Herbert Butters.