Office of the Vernon News
Main Menu
A Trompe L’oeil 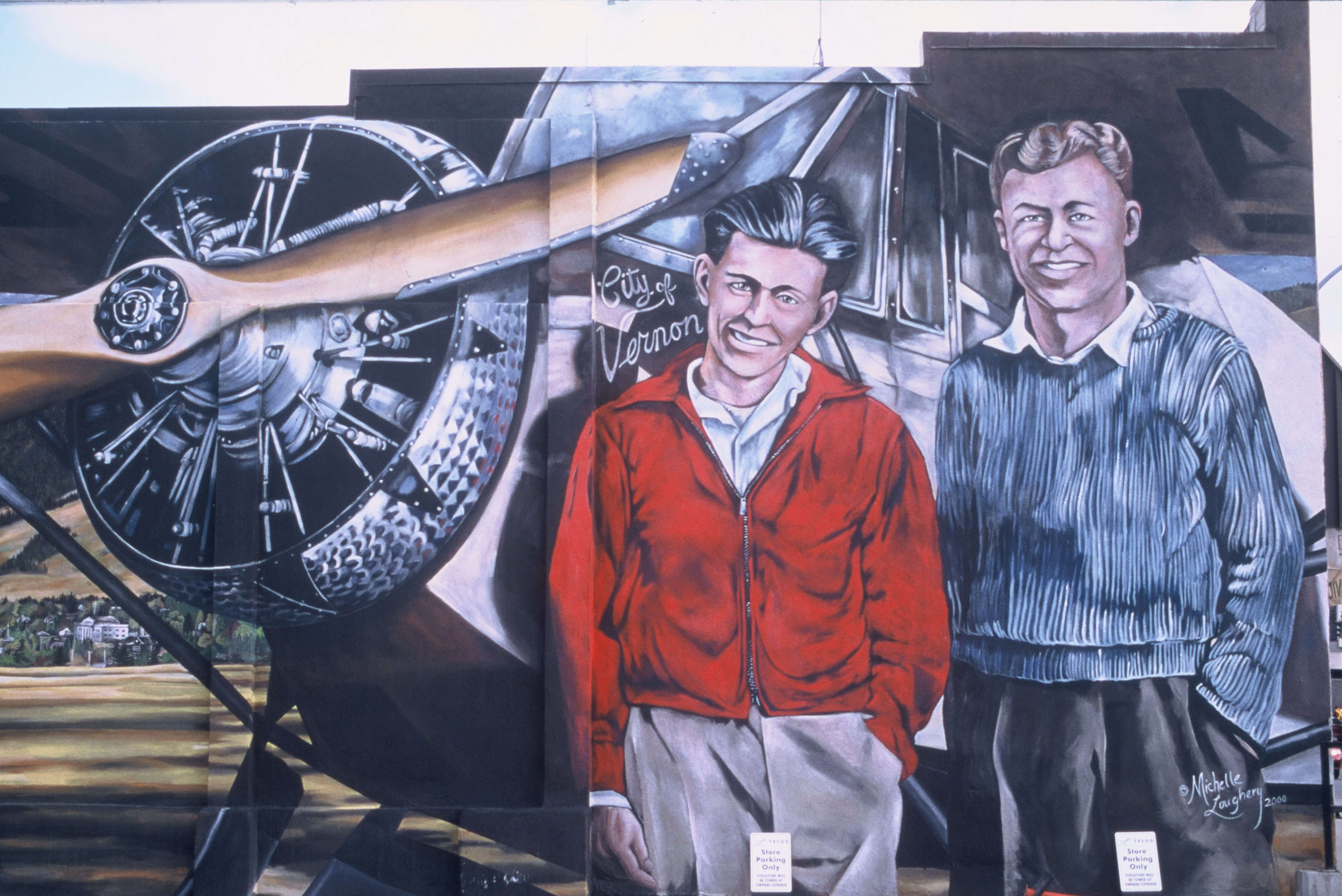 Vernon’s hometown version of the “Wright brothers” created a stir in 1934. Eldon Seymour who was 17 and Jim Duddle who was 18 spent 10 months working on the construction of the small open cockpit model plane. They bought the plans for the plane out of a magazine and formed a partnership with Jack Taylor and Ernie Buffam. Eldon and Jim built most of the plane on the upper floor of the Kal Lake Store with Mr. Taylor providing the funding and Mr. Buffam performing the welding. A list of materials was made from the drawings and parts were purchased a few at a time from an American supplier as the boys couldn’t find a Canadian supplier. The boys were only able to work on their plane in the evenings and on the weekend because they both worked fulltime (Jim at the Beatty Farmhouse for $60/month, and Eldon with his father as a plumber for $75/month). After 10 months of construction, the plane was completed and towed to the landing strip where they gave the prop its first pull. Test pilot Lowell Dunsmore came all the way from Drumheller, Alberta to test the plane. He gave the plane only one inspection before jumping into it, finding no need for adjustment. He quickly found that the plane flew effortlessly at 75miles/hr and was so perfectly balanced that no matter how he flew the plane, no matter what type of maneuvers he did, the plane would resume to an even flight level once he let go of the controls. The boys enjoyed three years of flying without a license. They flew over the Rocky Mountains, down the Coquihalla highway to Vancouver, and all over the province before Transport Canada caught wind of their flights and stopped them. Eldon received his pilot’s license in Kamloops and eventually took over his family’s plumbing business and expanded it. Jim joined the Air Force as soon as he was old enough and later became a flight instructor.